One of the major shifts in the history of human civilazation is the birth of cities where people reoccupied themselves in the artificial environments and relinquished the deep-rooted bonds between them and mother nature. Although the cities implies many controversial issues regarding their impacts on human lives, the crowed population who live inside the boundary of skyscrapers, super-block buildings and well-planned parks is still in love with the cities. It is true that the citizens have to compensate either with thier own needs or the communities’ benefits in order to have harmonious settlements inside the limited spaces of cities. However, the municipalities also offers specific facilities that their residents can hardly find in other habitats; such as libraries, universities, theaters, art galleries, etc. Moreover, gorvenors, architects and other related authorities have revised the modern city planning theories with many years of both positive and negative experiences to revive the long-term relationship between humanbeing and nature. 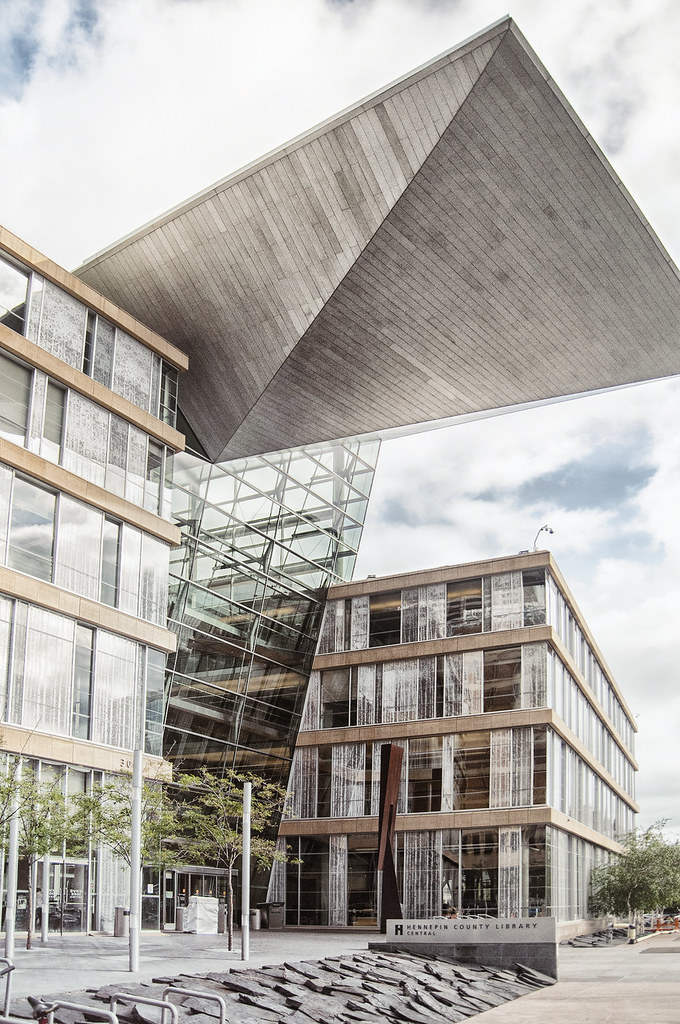 First of all, the primary problem that the urban occupants have to face is the lack of available parking slots for their individual vehicles which are automobiles in most cases. Current solutions such as cutting down the parking lots, raising the parking fee, and increasing public transportations have just contemporarily solved the situation. In the long run, the city administrators should consider other strategies such as raising the public understanding about not using individual vehicles that run by burning fossil fuel. For insnstance, the authorites of Twin Cities, Minneapolis and Saint Paul of Minnesota, have encouraged their citizens to bike instead of to drive. Interestingly, there are many places in front of public buildings that the residents can safely park their two-wheel vehicles like the Hennepin County Central Library in these pictures. 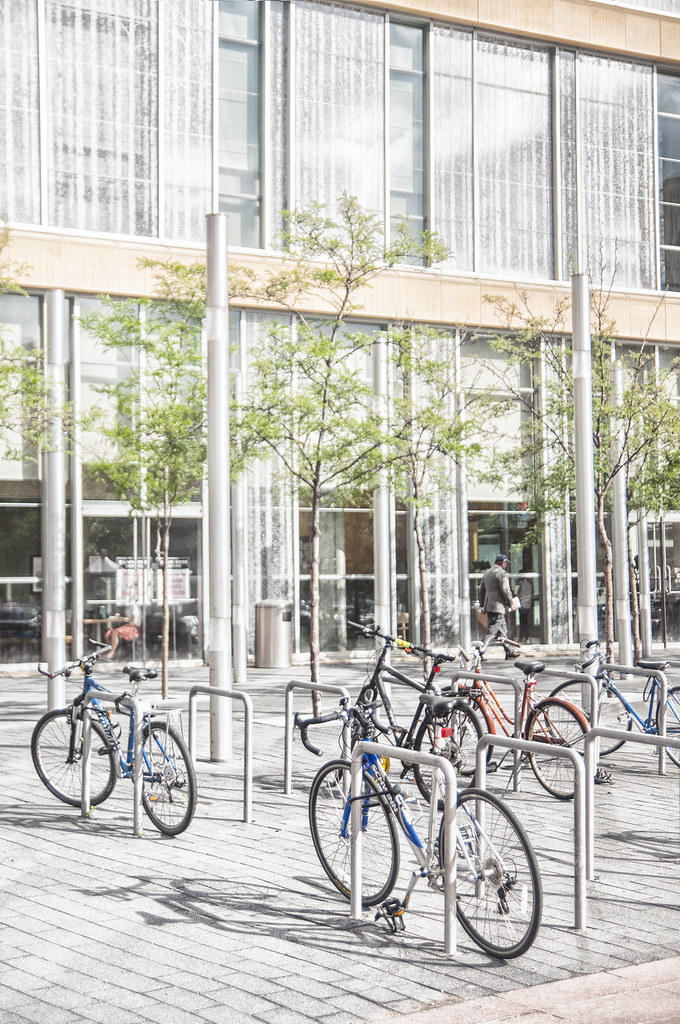 Furthermore, public premises in Twin Cities play more roles than just being the striking land marks that represent the rapid development of the urban areas in which they are located. This metropolis owns a lot of fascinating architectures which are shopping malls, university campus, museums, cultural venues and so on. One of the remarkable visitor-friendly building is the Central Library where a tired pedestrian can find a comfortable chair to seat, enjoy the purified water, free wifir and accessible power output. This is a notable advantage of urban areas because public destinations not only help the residents as well as the visitors to navigate themselves inside the cities the but also provide them with basic necessities that might prevent them from encountering unexpected circumstances. 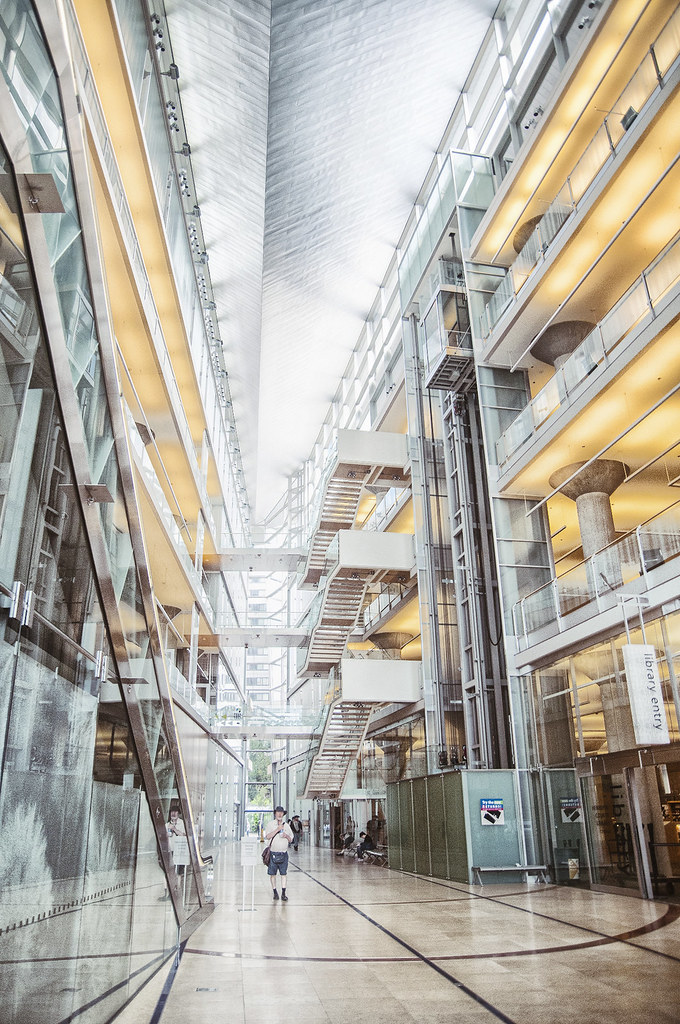 At last, the evolvement of Twin Cities in specific and metropolises around the world in general are not static but dynamic in accordance with public understanding about the nature of urban areas as well as the inherent tendency of human being. Since the theory of “The Gradiant City” established by renowned architect Le Corbusier in 1933, the image of an ideal city with skyscrapers and enormous lawns has been planted inside the mind of architects and urban planners from generations to generations. These metropolitan builders have accustomed to expanding the cities vertically which allows wealthy residents to stay near the ground and have access to the outdoor while other citizens with tight budget have to accepts the affordable but narrow and solitude spaces on upper floors. Fortunately, nowaday there are more and more cities save their land for reserving native wild life and plants in order to bring their people the equal oportunities to interact with nature. 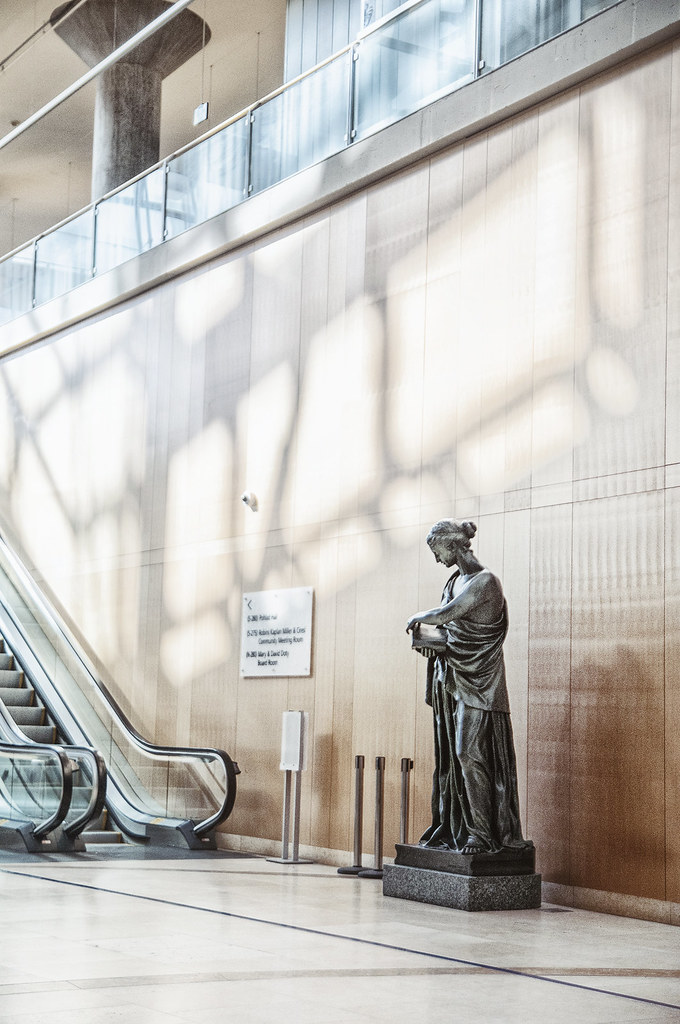 In a nutshell, cities are very distinctive in their nature and it is a long way to go in order to incorporate this habitat into the natural environment. When it comes to the issue of cities and thier impacts on humanbeing, there should not be radical thinking as well as overreaction toward this complicated subject. For many centuries, cities have been described as the glorious trophies of human civilization and even the inevitable causes of natural lands and  resources exhaustion. Nevertheless, the cities are nothing more than living museums that preserve and display the cultural heritage and social wisdom of humanbeing.

All the photos, graphics and contents on this page are our own creations unless stated otherwise

One thought on “CENTRAL LIBRARY”